HOW TO GET A BIKINI BODY FAST

I've Helped Hundreds of Women Get a Bikini Body

While the seasons may change, the desire to have a bikini body isn’t only relegated to the summer months. If you stay ready, you don’t have to get ready. There will always be celebrations and even dinner parties and you’ll thank yourself later when you can squeeze yourself into any little outfit you want. While starting to exercise and eat healthy will have the best results when done in advance, you can still slim down for in a few weeks if you cut out junk and start working out.

Please don’t lose sight of how beautiful you really are. It is too easy to be sucked into the trap that only slender, 80lb women look good in a bikini. By eating right and exercising frequently you can earn a healthy body that looks good in a bikini and out. Have confidence in yourself and your body will look great. Here are my Top 10 Tips that will help you get a bikini body fast.

If you’re trying to slim down, consume a majority of your calories before 3 p.m. People who eat their biggest meals early in the day shed more weight than those who eat the same number of calories with a majority of them later in the day. So keep your dinners light and don’t let lunch get pushed back into the late afternoon. Skipping meals or eating too few calories earlier in the day appears to stack the odds against us. The result: Weight loss is hard to come by. In fact, more and more research points to the fact that when you front-load your calories instead, you have a much better chance of shedding pounds.

You get less metabolically robust as we age, so even if you’ve gotten away with skipping breakfast and eating out of sync in your 20s or 30s, it may eventually catch up with you. Ideally, breakfast should be satiating enough to preclude the need for a midmorning snack, and it should have a minimum of 300 calories, according to Freuman. It should always include high-fiber carbohydrates, which are more slowly digested than refined carbs, and it should include protein, which helps keep hunger in check.

Good breakfasts include a cup of cooked oatmeal with low-fat milk and a small handful of nuts, two slices of Ezekiel or whole-grain bread with mashed avocado and sliced tomato, or a two-egg omelet with veggies, fruit and a slice of whole-wheat toast.

Understand that there are 3,500 calories in a pound of fat. The easiest way to lose weight is burn more calories then you eat. 3,500 calories is a lot less then you might think, and you can lose close to a pound a week by cutting out 500 calories while keeping your diet roughly the same if you eliminate junk food. While you don’t magically lose a pound after cutting 3,500 calories, this is a good metric to keep in mind. A single glass of soda, a doughnut, and a single piece of fried chicken all contain anywhere from 150 – 250 calories. Walking or running for 2 miles burns roughly 200 calories. If you cut out your morning doughnut or soda and walk a few miles a day, you can lose close to a pound a week.

JUICE UP YOUR DIET

Skip the high-cal, butt-widening, sugar-spiked baked goods and sip this hydrating, nutrient-packed juice from Eric Helms, founder and owner of Juice Generation, when you want a sweet snack that sneaks in servings of produce to boot: In a juicer, combine 2 to 3 carrots (greens removed), 1 seeded apple, 1/2 small beet, and 1/4 peeled lemon. This combo will boost your vitamin A levels while also giving your skin a rosy glow and providing a little natural SPF for your skin thanks to all of the caroteoids packed in the beets and carrots. No time to juice? Try Athletic Greens!

Juicing for weight loss is not a new concept. It’s been doing the rounds since a few years. But, what we’re telling you here is not to go on a liquid diet but to add certain fresh juices to your daily meals that can help speed up weight loss. You can read my list of Top 10 Fat Burning Juices You Must Have for Quick Weight Loss.

REGISTER BELOW AND RECEIVE YOUR FREE WORKOUT & MEAL PLAN!
Your personalized plans are free, and there is no obligation.

START YOUR WORKOUT WITH A JOLT

Anyone who’s ever sipped a coffee before exercising knows that the drink can add some extra oomph to exercise. But java is good for more than just powering your runs or plyo sessions: Research shows it can also help protect your body from the harmful effects of the sun, although you still need to slather on sunscreen. For a real treat, make your pre-warmup an iced coffee so the energizing effects of the caffeine peak when you hit the hardest part of your workout.

Coffee—when consumed before exercise—can cause fat cells to be used as an energy source as opposed to glycogen. Also, the high amounts of caffeine in black coffee will increase your metabolism, which makes you burn more calories throughout the day. Having coffee before exercise enhances that effect.

Eating lunch at a restaurant can make it harder to lose weight. In fact, in one study, women who dined out midday at least once a week shed five fewer pounds than those who ate food from home. Even seemingly healthful restaurant meals―a salad or a turkey sandwich―can be nutritional pitfalls when supersized portions and mystery ingredients factor in. The calorie counts may shock you. And that’s not all. Dining out can mean a whopping dose of sodium. Most restaurant foods average about 1,000 mg. per dish. That puts you at risk for hypertension, heart disease and stroke. Many people make extra food for dinner so they have leftovers to bring for lunch.

Tip: Leftovers are the perfect food to pack and take for lunch. With leftovers, you can control the portions and calories. You also ensure your lunch will be nutritious, filling, and delicious. You can put new twists on yesterday’s leftovers when you pack them for lunch. For example, stuff leftover chili in a pita. Then add some vegetables or avocado and you have an exciting and delicious new meal. Pack leftovers into reusable containers that you can microwave at the office. This method makes your lunch easy to pack, heat, and eat.

To help your muscles recover after a hard workout, reach for a snack that contains protein after each sweat session, Arciero says. Twenty-five grams is the amount required to help your muscles repair and build, and the addition of lean muscle mass will ultimately help you burn more calories all day long. Get your fill from 1 1/2 cups edamame, 1 cup low-fat cottage cheese, or a smoothie with a scoop of whey protein powder, such as these healthy smoothies you’ll love. Post-workout protein is vital, especially if you haven’t eaten anything for hours. Aim for 20 grams of protein after each workout depending on your bodyweight.

Drinking water during your workout is essential to keep yourself from becoming dehydrated (drink 8 ounces every 15 minutes, whether or not you feel thirsty), but replacing fluids post-workout is just as important. How much is needed? Weigh yourself before and after exercising. Drink about 2 cups of fluid for every pound of body weight lost.

(Relax. It’s just an estimate. And it’s for Your Own Good.)

Do you want to receive the results in your inbox?

Submit
If you don’t receive the email within 2 min, please check your spam folder

No more, no less. Intense interval training or HIIT is more effective at boosting fat metabolism over longer duration moderate intensity cardio. Gone are the days of zoning out reading a magazine while leisurely ellipticaling your way through 60 minutes of cardio, sorry ? The most effective fat-burning cardio is short (20-30 mins max) and intense, using ME’s Rest-based Training concept to “push until you can’t and rest until you can.” This allows the intensity to be self-regulated and safe, and importantly, adaptable to anyone regardless of their fitness level. The fittest people will sprint for 60 seconds and rest for 30s, while someone new to exercise might only push for 20 seconds and rest 1-2 minutes. The key is to use the B’s and the H’s to generate the correct effect and monitor your intensity. Take at least 1 day off in between these intense cardio sessions for best results (lifting or walking on off-days is fine).

KEEP NUTRITION CLEAN 90% OF THE TIME

And 10% of the time, indulge in the foods you feel like you miss or love. For example, I love chocolate/peanut butter concoctions and usually indulge on Wednesdays and Saturdays. Always try to ask yourself, what is “worth it” and go find that. Don’t just gobble up any stale cake at the office just for the sake of cheating…make a ritual of enjoying the 1 or 2 things you simply love. This method of reward meals works best when you are clean on your ME nutrition plan 90% of the week, counting bites and using your metabolic burner type. The reward meals help reset key regulatory hormones to ignite a sluggish metabolism, and the rewards also act as a psychological reminder of how bad eating crap can make you feel once you have adopted a clean, consistent nutrition plan ?

Ladies, we love our wine. But if you are serious about losing fat, this needs to be monitored. For all intents and purposes, much of the calories from alcohol are metabolized directly into fat storage. Not to mention, alcohol affects electrolytes and can have you retaining water for several days after a boozey night. For best results (if you need to drink at all), limit alcohol intake to 1 night per week (maybe as part of your reward meal?), and keep it to a 2 drink maximum.

BUY THE BIKINI YOU WANT TO WEAR

Buy the bikini you want to wear (unless you already own it) and hang it up in a place where you will see it every day. This will serve as a constant reminder about why you started, especially on those difficult days when you just want to give up.

Some very successful people advocate writing and re-writing your goals every day. Others say it’s good enough to read them once a day. The basic idea is to keep refreshing your goals in your mind, so you think about them often.

If you don’t employ such a practice, it’s easy to lose sight of your goals. You get caught up in day-to-day activities, and the most important long-term items fall by the wayside. Instead of leading your life, you merely react to whatever comes up.

REGISTER BELOW AND RECEIVE YOUR FREE WORKOUT & MEAL PLAN!
Your personalized plans are free, and there is no obligation.

Healthy Superfood In One Drink 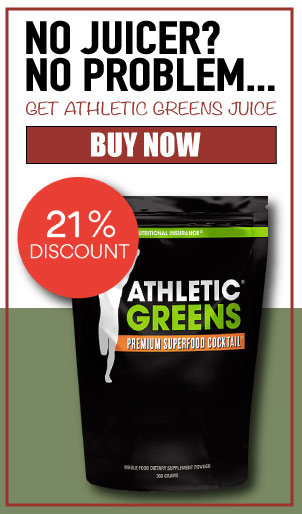 No Shopping, No Blending, No Juicing, and No Cleanup! Get ALL your greens in less than 30 seconds.